Thompson Tank is a third generation that was founded in 1973 in Bakersfield, California by Jesse Thompson. They are a full-service tank company that is licensed in 11 states. In its more than 45 years Thompson Tank has served customers seeking turnkey projects, rebuilds, repairs, and seismic retrofits.
Josh, the current CEO of the company was around the hype of the business as early as age of 7, his grandfather would take him out to a job site and show him the processes of what the crews were doing. He become fascinated with it growing up so he started working for the company at age 12 years old from pulling weeds, reorganizing storage containers, separating tank materials, etc. His summer vacation was always working for the company and in his early 20's he knew that this was the one he wanted to do as a career. His father, Darrell had ventured in water tank and bulk storage and has successfully sustained the company for four decades. With their experiences in the tank industries and great mentorship from his father and grandfather , Josh is ripe to take over the company’s business. Josh felt fortunate to have the family education he got from Jesse and Darrell, he said, “the integrity of being true and honest with all the people we deal with including our clients and suppliers is one of the things I have learned from them and will carry that forward at Thompson Tank operation”. 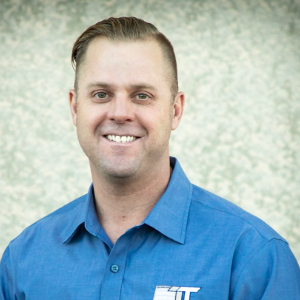 As a third generation of Thompson Tank it brings me enormous amount of responsibility to exceed the level of service my grandfather and father have worked on over the years. I am determined to serve our client’s needs and always aim nothing but the best for them. At Thompson Tank we pride ourselves with high quality of products and services.